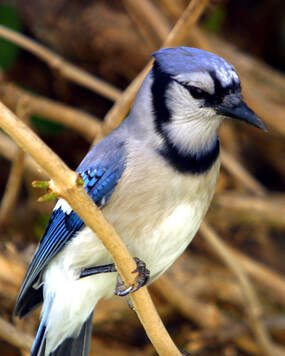 We began calling our property Rus-in-Urbe long before we had any idea it would become a living example of what one can accomplish by ridding a yard of grass and encouraging it to be reclaimed by natural vegetation. In the beginning we knew only that "Country in the City" seemed an ideal to aspire to, and we knew we wanted more privacy than was afforded by a one-acre property with a manicured lawn, which was bordered on three sides by other properties with manicured lawns. My family had owned the property for 47 years--and I grew up there--so we knew its history, but we were much more interested in its potential. So we set about achieving that potential, ridding it of grass by putting down one 15x20-foot tarp at a time, and waiting to see what grew when we lifted the tarp after a few months. No chemicals, no grass, no mowing: Win! 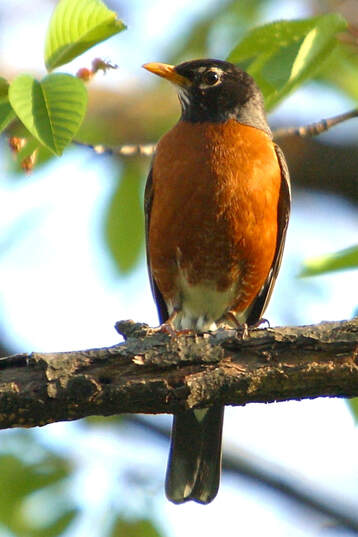 When we started our naturalization effort, only one corner of the future Rus-in-Urbe held natural cover; it was separated from the rest of the property by a former creek bed that had been reduced to storm drain use. We noted that just about all our birds lived there, and that we also preferred the seclusion of that far corner. We took note of what was there--vines and wild raspberry bushes, periwinkle ground cover, a clump of bamboo, some large healthy sycamores, two small nannyberry trees, a tangle of fallen tree trunks--and started figuring out how to expand those features to the rest of our bit of country in our city.
Ground cover such as periwinkle is more important than most people realize, because many baby birds--like baby robins, for example--have to survive on the ground for several hours, or days, when they first leave the nest. A baby bird sitting in a field of carefully mown turf grass is a beacon for roaming pets, hawks and owls. That same baby bird, hunkered down in a carpet of periwinkle, is almost impossible for a predator to locate.  Periwinkle is just one of many ground covers that is arguably an upgrade of grass, because it stays green year round, meets most zoning codes because it doesn't grow tall and unsightly, provides immense benefit to birds, rabbits and other small creatures--and requires almost zero care after it is established. 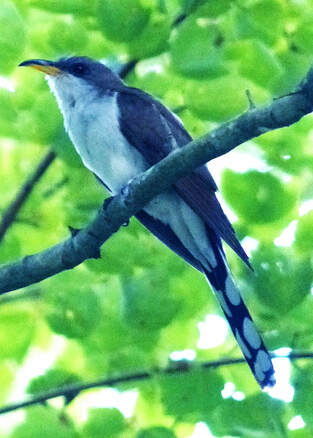 A reliable year-round water source is critical for birds and other wildlife. Just remember that in the case of birds, the water needs to be shallow with easy access--not unlike the typical bird bath--so they don't become trapped and drown. If you build a pond, and want to accommodate birds, make sure it has a prominent section only an inch or two deep.
Brush piles--if you can have them without upsetting neighbors or code enforcers--are fantastic features for providing maximum cover in minimum space. We expanded our clump of native bamboo into a 125-foot row that blocks the view of much of our property, and established our brush piles behind it. You might consider a similar tactic, or add a tall hedge.
As we made progress, it seemed more birds were around, so we started a list of species we saw on the property. As the numbers grew we started comparing them to records from years past. In the first 47 years of family ownership, we had a list of 52 species of birds that either lived on the property or passed through during migration; in the 18 years we have consciously developed natural habitat, we have seen 50 of those species, plus 61 more.
Here is the proof that naturalization works-- 52 species of birds sighted in 48 years with a traditional carefully mown green desert of a lawn, 111 species sighted in 17 years with a naturalized yard.
If you care about having birds and other wildlife around, it is obvious that a natural yard is far better for them than the non-native grass that most homeowners spend endless hours and countless dollars trying to maintain.
For those who may be curious, following is a list of bird species we have seen over the years at Rus-in-Urbe. Some are seen on a regular basis, year after year, others are infrequent but regular visitors, mostly during migration and major weather events.